This past week (Nov 3rd) I attended the Hackfest CTF in Quebec city, QC. This was my second CTF and was the fist time I ever found a flag. This is how I found it.

The first thing I did was to try to run the first binary but I got a "Segmentation fault" error: 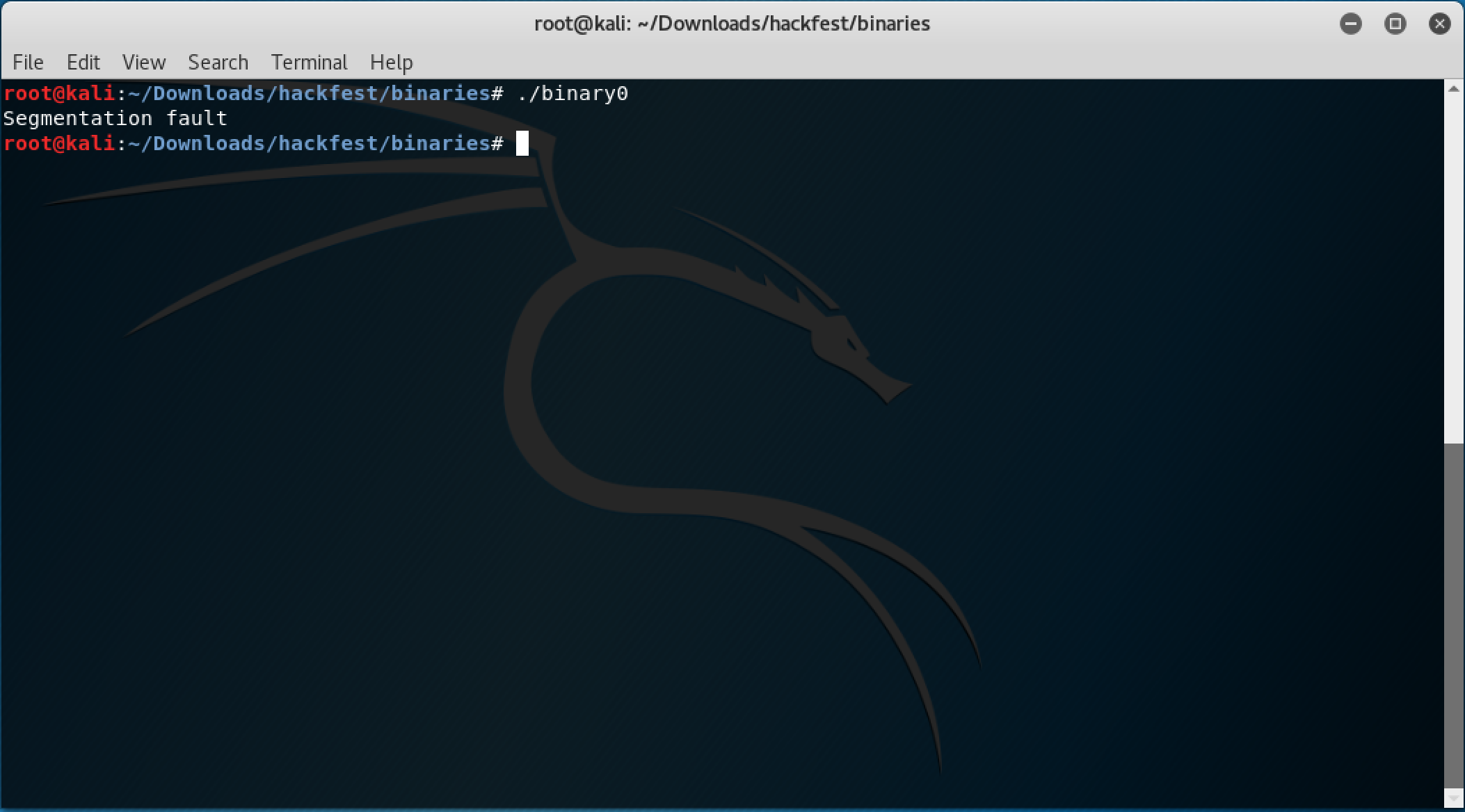 Then I opened the first binary in hopper and saw it was a very small binary, I opened the second and it was almost the exact same assembly code: 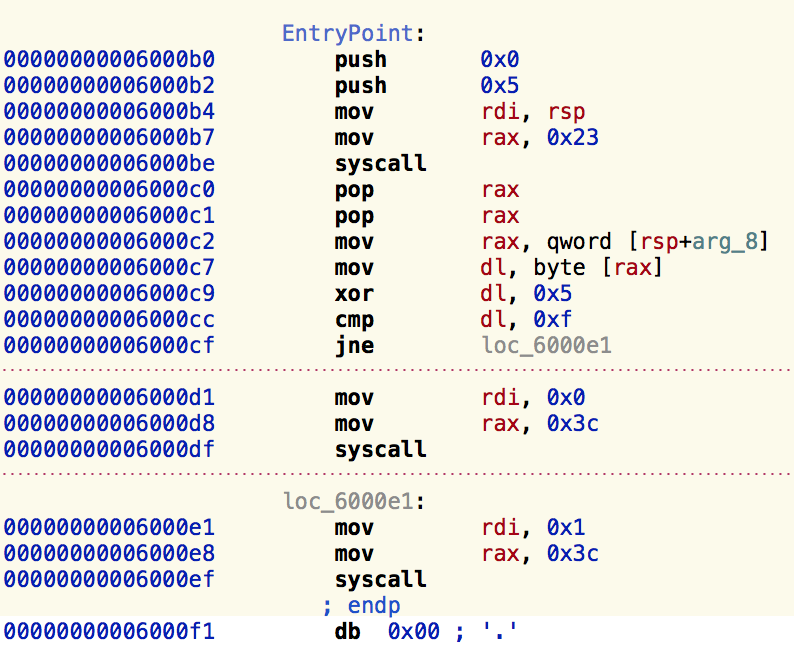 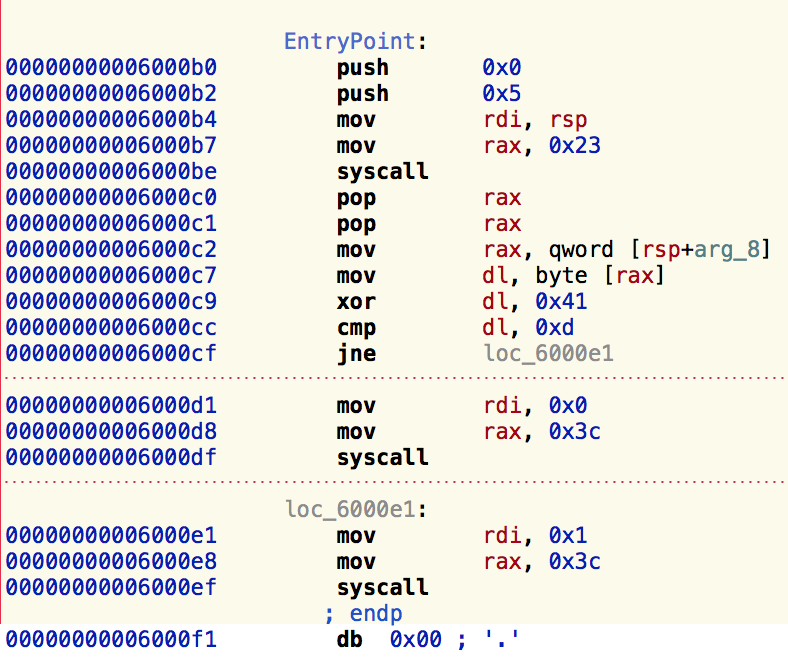 I assumed they were all part of one big binary and they where divided in 1k sub-binaries. My next idea was to figure how to combine all of them into just one binary; googling a bit I found that people suggested using cat but it didn't work for me.

But looking closely to the assembly code I realized I didn't need to combine the binaries and execute them, since they all were pretty much the same, I just needed to understand what was changing. I saw the first binary had an xor operation between dl and 0x5 and then it was comparing it to 0xf. The second binary had the same operations but xor-ing dl and 0x41 and comparing it to 0xd. basically:

This meant that all I needed to do was to dump the assembly code of all the binaries and xor the static values to get the initial input: 0x5 xor 0xf = value_0, 0x41 xor 0xd = value_1

To do this I used objdump with the intel architecture for easier parsing:

Then I built a python script to automate this task, dumping the binary assembly code, parsing it and computing the xor values.
And this is the result:

Here you can see the flag: 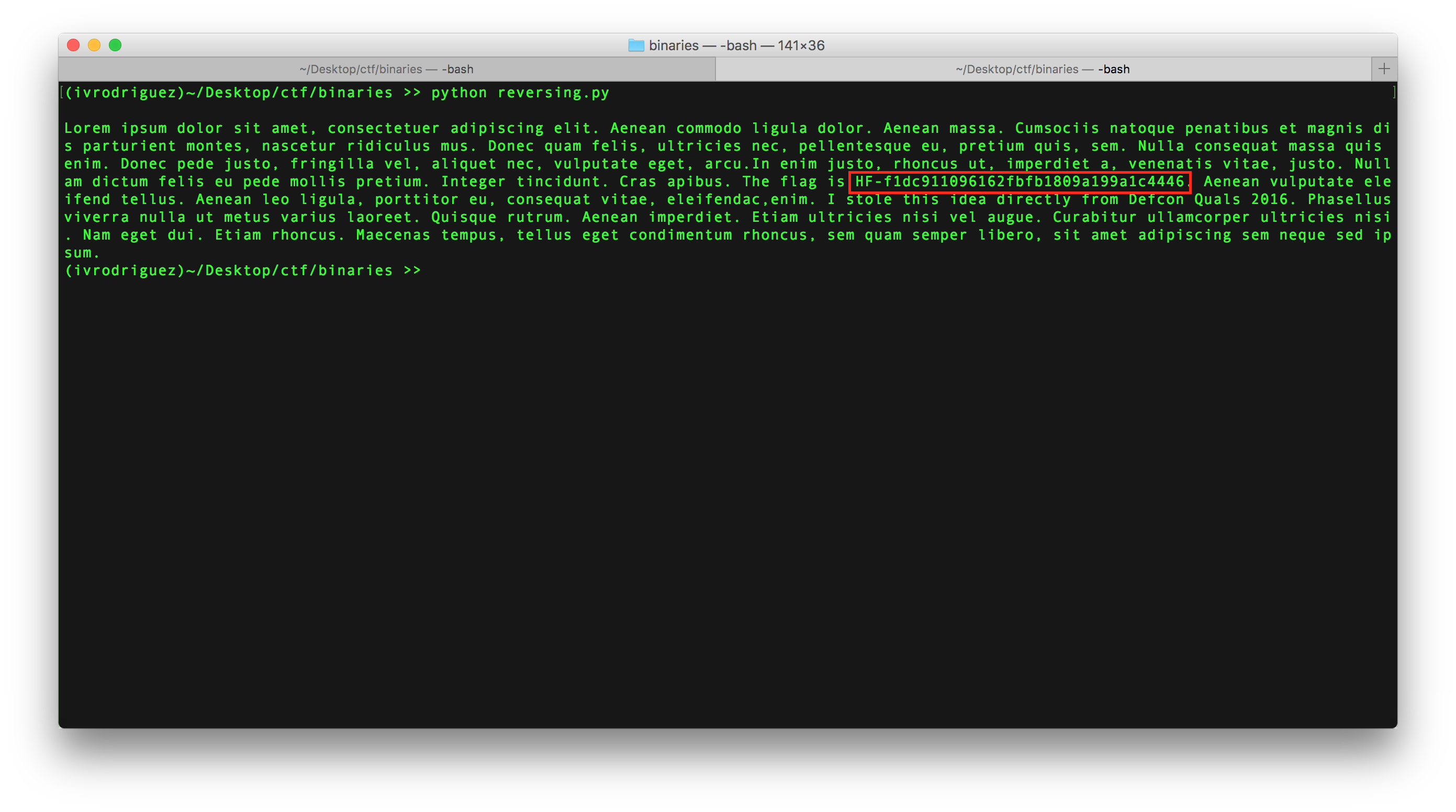 This is a somewhat complicated topic to cover, but I'll try to go into detail on why, generally, this is not a good idea and you should avoid embedding secrets in your mobile applications as much as possible. tl;dr Anyone motivated enough will get these secrets and impersonate your

Disclaimer: First of all, I'm not writing on behalf of any entities involved in the development of the COVID Alert application. This is my take as a software engineer with some experience in mobile development [https://www.linkedin.com/in/ivanrodriguezca/]. This post is aimed to people with some questions

It's always a good idea to properly configure your computer and smartphone, know how to securely communicate with others and how to read, write and share content while protecting your personal information. These practices are more relevant than ever. OPSEC stands for operations security [https://en.wikipedia.org/wiki/Operations_